Not a great start to the ultra year

So, here it is early May and I've already run two ultras this year....well, check that.  I guess technically, I've run one ultra and one 25 miler (although I guess you could debate until the cows come home about what makes an ultra an ultra....distance or difficulty??).  So far, the results have been less than stellar.

Back in Moab in February, I blew up pretty hardcore at the Red Hot 55K and ended up slogging much of the last half of the race.  This past weekend in Fort Collins I was hoping for better results at the Quad Rock 50. I mean, after all, I had run, and finished, this race last year.  Weather conditions this year were near-perfect, my training has been going well and I'm 20ish pounds lighter than I was a year ago, so what could possibly go wrong?  Well, I've noticed this phenomena where at least one of my kids tends to get sick in the last two weeks before I have a big race.  Of course, this is mass paranoia time for any runner, so thoughts of biohazard suits, dowsing the house in Lysol or moving into a hotel room become serious considerations.  In the past, their illnesses have never affected my races, although I did come down with my son's flu bug the day AFTER the Fargo Marathon back in 2007.  I can't say for sure what happened this time, but I know my son was home sick from school one day in the last couple of weeks before Quad Rock and then on Thursday, just a couple of days before the race, my daughter was diagnosed with strep throat.  Awesome.  I never caught a fever or felt nauseous or had a sore throat of any kind throughout this period, but on Wednesday I did start to come down with some rather unpleasant diarrhea (too much information?....tough, it has major bearing on the remainder of this story).  I was hoping my bowel problems would clear up before the race, but they persisted all the way through Thursday and Friday.  By Friday night and Saturday morning, I was popping Pepto Bismol in an attempt to keep things at bay, but it didn't seem to be helping much.

I woke Saturday morning feeling pretty okay and the race actually started quite well for me.  I was keeping the pace under control, my legs felt great and I didn't feel any unpleasant urges whatsoever for the first several miles.  At one point, I found myself leapfrogging with Karl Meltzer as we ascended the first climb of the course, which led me to believe that I was either having the awesomest race of my life, or that Karl was having the absolute unawesomest race of his (the fact that he kept stopping to stretch his calves made me believe it was probably the latter).  I hit the Towers aid station at the top of the first climb and was still feeling good, ready to pick up some time on the downhill to the Horsetooth aid station.  And then the wheels came off.  About halfway down the descent, the urge that hadn't yet made an appearance hit suddenly, and I had to make a quick dive for cover to squat in the woods (spectacular pre-planning on my part had included putting some baby wipes in my hydration pack, thankfully).  Okay, so I lost a few minutes there.  Hopefully that's the only one.  I can still hit my goals.  My legs still feel good.  So back on the trail I went and continued on, feeling great again.  For a couple of miles.  Then the urge hit again, this time as I was nearing the Horsetooth aid station.  Knowing that there were toilet facilities there, I was able to hold off until the bottom of the hill, where I had to wait in line to use the facilities.  Another several minutes lost. Sonofabitch.  But my legs still feel great.  Hopefully THIS was the last time.  Onward and upward.  I passed through the aid station, said a quick hi to Rob (sorry Rob, I was in kind of a pissy mood....or, more accurately, a shitty mood) and headed up the hill.  Okay, feeling good again.  I can still meet my goals if I can hold my bowels together.  Surely it's done with now, right?  Wrong.  Again, near the top of the ascent, I found myself squatting in the bushes. Son. Of. A. BITCH.

By that point, I was mentally defeated more so than physically, which is dangerous in an ultra.  Thoughts of stopping after the first 25 mile loop started entering my head and never really left.  My legs still felt good, but thanks to the unplanned pit stops I was now well behind my goal for the day and had no idea how many more times I would end up searching for cover.  I argued back and forth with myself for the remainder of that loop.  I never had another episode after that third one, although I did have a couple of contractions that made me think one was imminent.  When I started descending the final hill toward the turnaround, I passed my friend Bob, who was on his way back up on the 2nd loop and he told me that Ryan had dropped at the turnaround (after attempting to run on only one hour of sleep).  That pretty much cemented my decision.  At that point I couldn't come up with a compelling reason to continue on for another 5, 6, or 7 hours battling an unpleasant condition I had no control over whatsoever.  So, I ran the remainder of the downhill fairly hard, called it a day when I hit the start/finish and commenced drinking beer to drown my sorrows.  Okay, that's a little dramatic.  I really wasn't that shook up about it.  Looking back on it now, of course I can armchair quarterback myself and think that maybe I would've been fine and still could have had a respectable finish, but it was always "just" a training run.  It just turned out to be a 25 mile training run instead of a 50.  And, strangely, the fact that I did finish the 50 last year brought me some peace.....like, I've been there and done that, so it's not as big of a deal to not do it again this year.  Ah, the things we'll come up with to justify our actions. Regardless, Nick and Pete put on a great event and I'll likely be back next year.  For the 50.  All of it.

As for the rest of this year, one benefit of only running 25 miles of a 50 miler is that your legs don't take all that much abuse.  So, my training rolls on.  On the car ride home, I briefly considered switching from the 30K at Bighorn to the 50M to try and make up for Quad Rock, but I don't think I will.  I'm really looking forward to racing the 30K hard and going for a solid finish (top 10 for sure, maybe top 5??).  I have plenty of weekends to put in miles for Leadville, no sense in radically changing my plans now.  Right?  Well, maybe...  Nah...  Well..... ???

I don't like the title of this post, because I think you still had a fine training run at the very least, and by the way lots of people finished way later than you on the 25 (it's easy to forget that stuff)...and I hope you all had a fun day on the trails as well as camping. Sorry to have missed y'all afterward. Looks like you had fresh enough legs for some good training the next weekend.
See you all next month on your turf, very much looking forward to it!

It was still a good training run, but as always when things don't go as planned, you're left wondering "what if?". Looking back on it now, I kind of wish I had made a firm decision to stop after one loop earlier and then resolved to push harder for the remainder of the first loop, not having to worry about saving anything for the 2nd. As it was, I didn't really push all that hard until the final descent into the start/finish. Regardless, we still had a great time. You have some great trails to train on and people to train with. Not a bad combination! 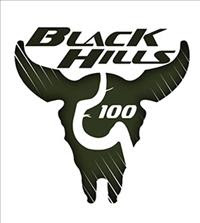 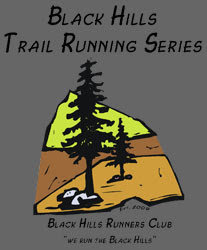 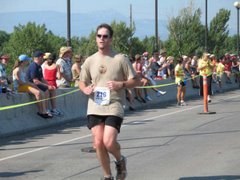 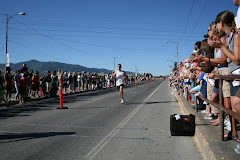 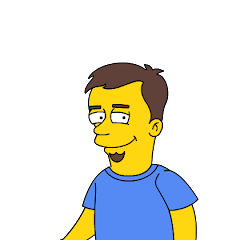 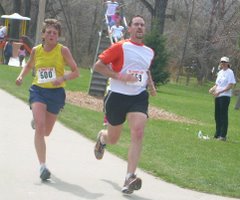 Sprint to the finish. 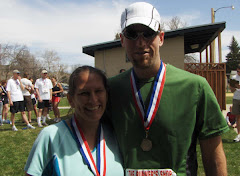 My wife and our hardware 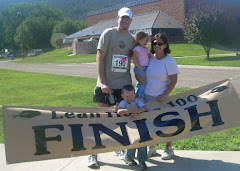 Posin with the fam post-race 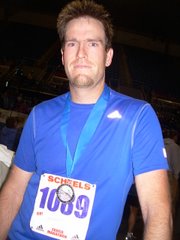 Your hair would look like that too after running 26.2 miles in a 20 mph breeze.